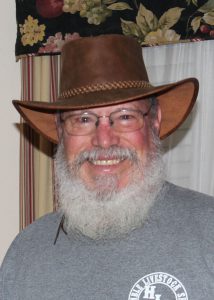 Robert Comstock’s love of the outdoors started at an early age.  Growing up in the San Franciso Bay Area he spent many summer vacations in the California State Parks with his family. The space program brought Roberts family to Houston in the early 1960’s, which he has called home ever since.  Robert graduated from Stephen F. Austin State University with degrees in Forestry and Sociology.  He started his long career with Texas Parks & Wildlife in 1977 as a Park Ranger at Galveston Island SP.  In 1984 The parks division took over management of the then Sheldon Wildlife Management Area and Robert transferred over as the Park Superintendent.  He spent the next 28 years at Sheldon and was instrumental in the development of the park and the Sheldon Lake Environmental Learning Center.  Robert is retired from TPW and now spends his time volunteering in the community.  He can be seen participating in bird walk in area parks on any given Saturday throughout the year.  He lives in Humble TX with his wife Paula and numerous cats.