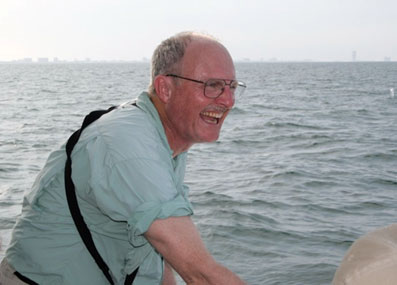 Mike grew up in southwestern Ontario, Canada where, since retiring from active medical practice 4 years ago, he lives in the summer next to his beloved Point Pelee. His winters are still spent on the Upper Texas Coast where he’s lived since 1978.

Birding for sixty-one years, he’s an avid lister with more than 850 North American birds & 589 Texas state birds.  He has now visited 25 countries & has a world list over 4500.

Mike is also a very active eBirder and serves as the reviewer for several counties on the Texas coast and east Texas. He’s a frequent CBC participant and co-compiler of the Freeport count.  He’s lectured & led field trips for many local and national groups and festivals. His favorite is Galveston’s Feather Fest where he’s led trips since its’ inception. Previously he ran the North American Rare Bird Alert for the Houston Audubon Society for 14 years.

We're happy to welcome back Kevin Karlson for FeatherFest 2020! You'll enjoy this trip that could go anywhere on the Island based on where the birds are! Kevin will decide the destinations depending on what he’s scouted out before the festival. He’ll check out Corps Woods, Lafitte’s Cove, the East End Flats, Sportsman Road and sites all the way to San Luis Pass so that he’ll be able to take you to all the best birding spots on the Island. Get…

Join FeatherFest favorite Kevin Karlson on a trip to one of the finest migratory locations in North America – the western end of the Bolivar Peninsula. Here are the Houston Audubon Horseshoe Marsh and Bolivar Flats bird sanctuaries. This combination of salt marsh, mud flats and beachfront hold the highest rated designation in the birding world as a Globally Important Bird Area and is an International Site in the Western Hemisphere Shorebird Reserve Network. Hundreds of thousands of shorebirds converge…

Participants new to coastal birding and novice birders will find this workshop and field trip the perfect opportunity to learn about songbirds. The workshop will focus on identification of wintering and early migrating songbirds seen on the Upper Texas Coast. Slides of common songbirds found this time of year will be presented and tips on becoming a better birder will be shared. After the workshop and a quick 15 minute break, you’ll have the perfect opportunity to put what you’ve…