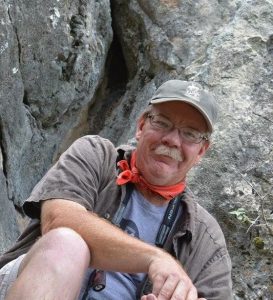 Martin Hagne was born and raised on the Swedish west coast, where his grandfather instilled a love for nature at an early age.  He moved to the United States, and the Rio Grande Valley of Texas, in 1979 and turned his focus towards wildlife viewing and conservation concerns.  Martin serves as the Executive Director of the Gulf Coast Bird Observatory in Lake Jackson, TX.  Previously he served as the Executive Director of the Valley Nature Center in Weslaco, Texas, a non-profit environmental education facility, for 13 years.  He has also worked as a Field Biologist doing baseline studies for many years, including avian, reptile and amphibian, mammal, threatened and endangered species, and habitat studies.  Martin has served on several national, state, regional and local environmental appointments, committees, and boards. He also leads birding field trips both in the U.S. and foreign locations. Birding, nature viewing, native plants, conservation issues and environmental education are great passions for Martin.