If you’re a serious or casual bird-watcher or nature photographer…..an experienced or new outdoor enthusiast…..or someone who wants some exercise, fresh air and sunshine and something different to do…..you’ll want to join us at FeatherFest. There’s no need to be shy – the majority of our guests are not birding or nature photography experts!

Thousands of birds take wing to our island each spring during an arduous northward migration across the Gulf from Central and South America. And hundreds of tourists and neighbors follow suit to see more than 200 species of brightly-colored birds strut their stuff around our hometown – a prime location along the Great Texas Coastal Birding Trail. 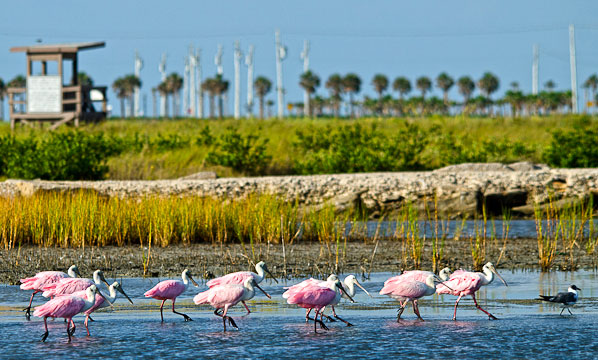 FeatherFest is usually held the second or third weekend every April, however, for 2022 we’ve moved to the fourth weekend.

Birding on and around Galveston Island

Galveston Island is one of the top locations in the country for birding. It has a rich variety of habitats – beaches, wetlands, grasslands, woods, ponds, and bays – in a small area that are home to many common year-round species, as well as numerous others that visit briefly or for part of the year.

Birds visit en-route from and to Central and South America, north in the spring, south in the fall. Most pass through after stopping for food, water and rest, as very few spend their summers on the Island and breed locally. While Galveston is on the western edge of the Gulf of Mexico, it is in the epicenter of the spring migration, as trade winds bring them right to our doorstep.

The Island is also an important wintering ground for numerous species that spend most of the year farther north. More than 300 bird species may be seen throughout the year somewhere on the Island. During FeatherFest, over 200 species are typical, such as common year-round birds, spring migrants and late wintering birds. 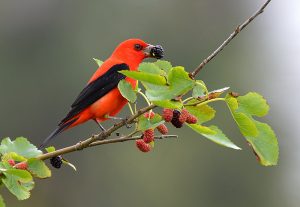